Navigating the History of the Globe Dye Works

In conjunction with the opening of the Catagenesis exhibition, we will be showing a film about the history of Globe Dye Works.  Independent Curator Cheryl Harper, and Philadelphia Sculptors President Leslie Kaufman are responsible for the bulk of the work that has gone into the film, along with a small crew.

Recently, Cheryl and Leslie visited with the oldest surviving manager of the Globe Dye Works, Wilson "Bill" Greenwood, at his home in Moorestown, NJ.  Bill is a spry 89 years of age and he has a glowing energy while talking about his life at Globe, as well as the business' history. 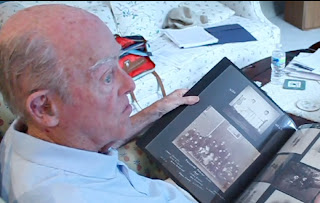 Bill Greenwood, Reminiscing through one of many Globe scrapbooks, 2012

The film will describe the fascinating story of a truly unique and impressive family business.  The company was founded in 1865 by Richard Greenwood (who had emmigrated from Liverpool, England when he was 12), along with his friend William Bault.  It was Richard who had experience with textiles, his father was a loom weaver back in England, and he eventually bought out Mr. Bault (who was an engineer). 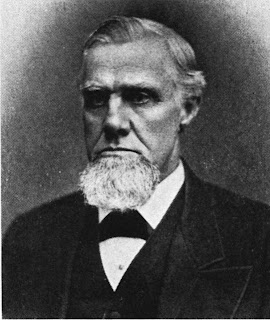 Richard Greenwood knew what he was doing.  He had a reputation as the "indigo doctor" and was consulted on "sick" batches of indigo dye throughout the country.  Not only was he skilled in the art of textile dying, but he also laid the foundation of a stunningly functional family business.  It has been said that 10-15% of family businesses survive three generations, Globe excelled through five (Bill represents the fourth generation).  Richard (pictured above) had a visceral presence in the business throughout its existence; long after his death there was a life-size photo of him on view at Globe, a stern and proper Victorian keeping a watchful eye on his beloved operation.

Come visit the Catagenesis Exhibition (on view at the Globe Dye Works, September 9th - October 21st) to learn more about the Greenwood family and their extraordinary Globe Dye Works!

Posted by Catagenesis Exhibition at 6:39 PM